This house was built by Mrs. Sarah McCrady, the widow of Dr. John mcCrady who died in 1881.

She had lived in The Selden house from 1881 to 1885 after the fire in Otey Hall.  She was the grandmother of Dr. Edward McCrady, the vice-chancellor.

It was pulled down before the present McCrady Hall was built in 1965. 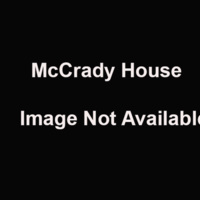