This house was built across the road from the Sewanee Military Academy by a Dr. Vaughan of Mississippi. It was on the lot where Mrs. Jackson's house is now. Dr. Vaughan sold it in 1869 to a Mr. W. P. Redwood. From then on it was known as the Redwood House, despite his only living there for a short amount of time. General Gorgas, Dr. Shoup, and Professor Dabney and his large family were some of the people who lived in it.

Dr. Dabney died there in 1876. The University Record says in May, 1875, "Professor Dabney and family have moved into the Redwood House."

This house was noteworthy for being the place where Sewanee's first ghost was seen or rather felt. Two eligible bachelors, Major E.A. Green, Commandant of the Battalion and Charles Beckwith, Headmaster of the Grammar School, later Bishop of Alabama, used to walk to Proctor's Hall in the evening and they claimed that before they reached Redwood House an unseen companion would join them and walk along with them but would leave them always at Redwood Gate. It became known as the ghost of the Professor, the professor being of course Professor Dabney. He was the first member of the faculty to die on the Mountain, buried in the Sewanee Cemetery.

Mr. Harry Easter wrote that Redwood was abandoned and dilapidated by 1877. It later on burned. 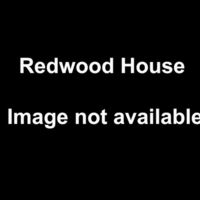