This house was on the site of Benedict Hall. R.W.B Elliott is the first name on the lease and he may have built it.

Mr M.M. Benton, who was a Proctor-a salaried position for an in the early days lived there. First Mrs A.C. Hall, a friend of Mrs. Sessums, from New Orleans bought it in 1897 and owned it about 10 year.

The person who lived there longest, was Charles Underwood, an alumnus of 1903, who was Commisioner of Bldgs. & Lands from 1922 to 1948 and Secretary to the Vice Chancellor from 1922 to 1938. He died in 1948 and after his death it was rented to various people for a few years.

It was pulled down when Benedict Hall was built in 1963. 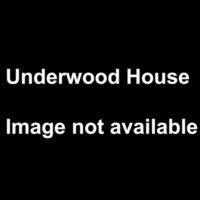