This house stood on the lot now occupied by Colonel Dudley's house, opposite the Sewanee Military Academy. Reverend Harvey O. Judd built the house in 1871. Harvey and his family were a staple of early Sewanee and Winchester life. When the Judds moved to Sewanee in 1859, Harvey went to the University and built a "Steam Laundry" near Mr. Hayes' mill in the village. Both he and his younger brother, the famous Spencer Judd, were photographers for the area. During the Civil War Harvey closed his gallery and went to Talladega, Alabama, where he made gun caps and bullets for the C. S. A. After the war he reopened his gallery and continued work until deciding to become an Episcopal clergyman. He built this house during this time and sold it in 1872 to eventually become Reverend at St. Paul’s Episcopal Church in Macon, Georgia.

“He is a divinity student, was once on the stage. His manner is a little tragic but he is good and self-sacrificing. He has a nice little wife and pretty daughter, like little Phoebe.” – Sarah Barnwell Elliot to her brother.

In 1873, Mr. William F. Graham, the director of the Chapel Choir, also of a "Cornet Band", bought the house. John Walker Weber who entered college in 1872 and later taught penmanship, was made temporary Headmaster of the Sewanee Military Academy, in 1880. His mother, Mrs. Henri Weber had the lease in 1884 and lived here after he left in 1889. In 1893 Dr. John S. Cain of Nashville became Dean of the Medical School and lived here with his daughter and son-in-law, Dr. and Mrs. Hayden West, until it burned in 1917. This fire was a real social event with all the ladies presiding over piles of china and household goods in the yard, while Dr. Cain, who was a little confused, threw all sorts of things out of the windows.
Colonel and Mrs. Garland built the present house in 1938. 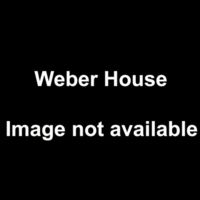