This house was built by Dr. John Barnwell Elliott in 1874. Dr. Elliott was the second son of Bishop Stephen Elliott and came to Sewanee in 1869 at the age of 28 to be the resident physician and instructor in chemistry. Since the University had been struggling at that time and his underpaid father had left him little money, he designed the house to fit ten student boarders. As a small boy he had ridden up the mountain on the original cornerstone in 1860 when it was pulled up by "two yolk of oxen and 32 borrowed from neighbors" (Purple Sewanee, page 16). Dr. Elliott stayed until 1885 when he resigned to go to Tulane where he had been teaching during his winter vacations. He was very popular with the students as well as the faculty and his departure was much regretted. In 1887 the University gave him an honorary Ph.D. degree.

Various people rented the house after Dr. Elliot’s departure. Mr. Colmore's family lived in it for a few years and then it was bought by deaconess Graham. She lived there with her sister until she died. The next resident was Dr. Yerkes, who lived there when he taught at St. Luke's. Dr. Loaring Clark purchased the house in 1924. He and his family lived in it for some years. When he accepted a church in Jackson, Tennessee, he sold the house to the University. The University demolished the house in 1959 when the Varnell house was built. 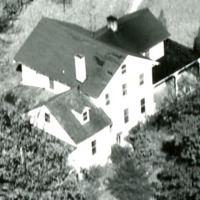