This house stood on the road which ran to the north of the present Quintard building and curved around to the station. It was built by Rev. Franklin L. Knight, the first chaplain of the University and the instructor in Greek and Latin. The second resident was Doctor William M. Harlow. Harlow entered the University in 1873 and was so entranced with Sewanee he never left. After school, Dr. Harlow launched his publishing career and positioned himself as the premier journalist of the town. He was responsible for many of the University’s newspapers, including The University News, The News, The Semi-Weekly University News, University Gossip, and The Mountain News. Many of these publications were printed by “Wm. M. Harlow and Co.” and were subtitled: Free, Frank, and Fearless—his personal motto. It is believed that his printing press was a house in the village that was razed in 1969.

Dr. Harlow also was the first person Preston Brooks, Jr. partnered with for his general store in the village. When Brooks retired, Harlow acquired the store and turned it into his family home. The house was colloquially known ever after as “The Harlow Place” or “Harlow’s.” Dr. Harlow operated his store as “Harlow and Co. Stationers” where he sold notebooks, pens, and dictionaries, but also household goods like wallpaper and imported pictures. He even kept French harps and Italian violin strings in his inventory. The Flea (another Harlow newspaper) declared in 1882, “‘Brains and Pains’ is the business motto of Harlow and Co. They take the pains to use their brains to please the public and add their gains’” Other ventures of Dr. Harlow’s were poetry, real estate, and medicine (hence Doctor Harlow). He died in Sewanee in 1891. The house’s third resident, Sam Slack, lived with his family in this house for some years. Slack was a clergyman who graduated from the college in 1891 and taught at The Sewanee Military Academy in 1893-1894. As an alumnus, he wrote his reminiscences for Purple Sewanee (pages 29-30, 67, 72-73). The house burned at the turn of the 20th century.
Chace, J. B. (n.d.). Ancient Mariner - The Life and Work of Henry Chase.
Gailor, C. (1970). Old Sewanee Houses; The First Fifty-Years, 1860-1910. Unpublished manuscript, Sewanee: The University of the South, Sewanee. 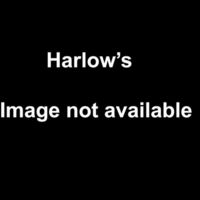