Mrs. Elizabeth Polk, a relative of Bishop Polk, built this large house in 1871 as a boarding house for students. It stood to the south of the present McCrady Hall on the west side, of Alabama Avenue.

“Next comes widow Polk, a distant cousin of our friends. She is a very nice, common sense, proper, dignified, kindhearted woman and never meddles in other people’s business. She lives in a melancholy, mulatto-colored, wooden house with pink blinds… The front yard is trampled into a desert, only redeemed by the shade trees, a dilapidated rail fence and no gate. She has three little children and keeps house for 26 boys.” – Sarah Barnwell Elliot to her brother.

After Mrs. Polk, Mrs. Sophie L. Eggleston in 1887 bought it, with Mrs. C.M. Lyon managing it. During the Medical School’s time the house was largely occupied by "Meds" and in 1902 Dr. Lees owned it. He was a dentist and lived on here after the Medical Department was closed. W. J. Prince bought it from Dr. Lees. It burned down during World War I. Some of the students who lived there were; David Stanton, Abner Green, Archie Butt, Lewis Butt, Reed Pearson, James Fleming, Louis Tucker, Gardiner Tucker, Dan Hamilton, Roulac Hamilton, Wilber Brown, Ernest Johnston. 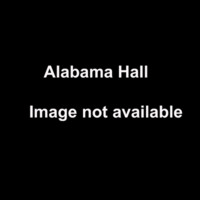