This house stood opposite Palmetto on the hill and was a large frame house, one of many built originally by Mr. Hayes. It was east of the present Gailor Hall and situated facing west. Dr. C. L. C. Minor, who was master of Grammar School and professor of Latin, was the first resident, however he left in 1873 to become president of Virginia Agricultural College. In 1876 Col. A. S. Jones acquired the house and lived there for about ten years. He held various offices in the University including Treasurer.
In 1886 Mrs. M.C. Wicks obtained the lease and for many years ran a boarding house for students and summer visitors. She had two sons and two daughters. One daughter, Miss Celeste, continued to live in the house, even during its time as the Mary Dabney School. Miss Celeste moved to small cottage nearby a few years before her death in 1947. Wick’s Hall was razed in 1945. 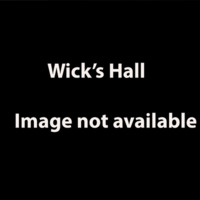