This house was built by Dr. John Haden in 1886. He had two sons at the University. The house was first leased to W.P. Stone in 1890 and to Mrs. S. Bell in 1891 under William Howe. After Mrs. Bell, this was the first house Mary Love Washington Hunt and her husband John Beckinridge Hunt lived in after deciding to settle in Sewanee. Mary Love was a free spirited woman and followed her husband to his various lumber camps, living in mountain cabins or townhouses—wherever he happened to have a mill. They both truly loved the woods and the freedom of country living. It was only when the children were approaching school age that they decided they must have a permanent home. Her stepmother was Katherine Polk Gale, daughter of Bishop Leonidas Polk and she was a cousin of Queenie Woods Washington, so Sewanee seemed like the perfect fit.

Mrs. Hunt liked to tell this story of her introduction to Sewanee: Arriving at the Bell House, one of her first requirements was a cow to provide milk for the family. In those days cows, horses, pigs, and chickens were allowed in the back lot, and most families kept some of each. The next door neighbor at Ambler Hall was Dr. Thomas Allen Tidball, professor of homiletics and an FFV (First Family of Virginia). The Hunts had arrived without their servants, who were to follow from Nashville. The cow needed milking and so in characteristic fashion, Mary Love tackled the task. Dr. Tidball asked his servant to describe the new neighbors, whereupon the servant reported that the lady of the house was milking the cow. Perhaps Dr. Tidball waited for more information before paying a call. At any rate, by the servant grapevine he soon learned that the lady of the house had two visitors, Mrs. Thomas Washington, her mother, and Mrs. William Dudley Gale, her step grandmother. Both these ladies accompanied her to the barn to supervise the milking. This was duly reported to Dr. Tidball, but with the added comment, “They’s quality.” The professor soon paid his call.
The Farishes bought the house in 1913. They had two sons that went to the University. Judge Cooper took over the house in 1919. After Judge Cooper sold the house it was rented to various owners before being pulled down in 1951. 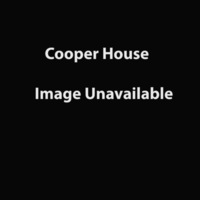