Measuring Up: Modernizing the Sewanee Man 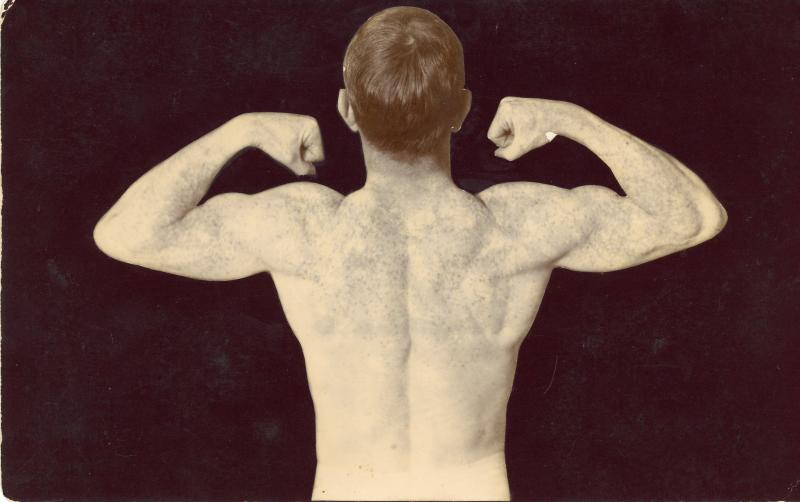 In 1890 the Sewanee Magazine bemoaned the physical condition of the University’s men, in particular, their “French candy wind” and “cigarette stamina” during any demanding exhibition of athletic skill. Fainting was not unheard of on the annual field day. The following year the University hired J. Edward Miles as instructor in gymnastics and physical culture. By 1892 the campus newspaper credited Miles with marked progress in the “cause of athletics,” the popularity of gymnastics, and a football team in fit condition. 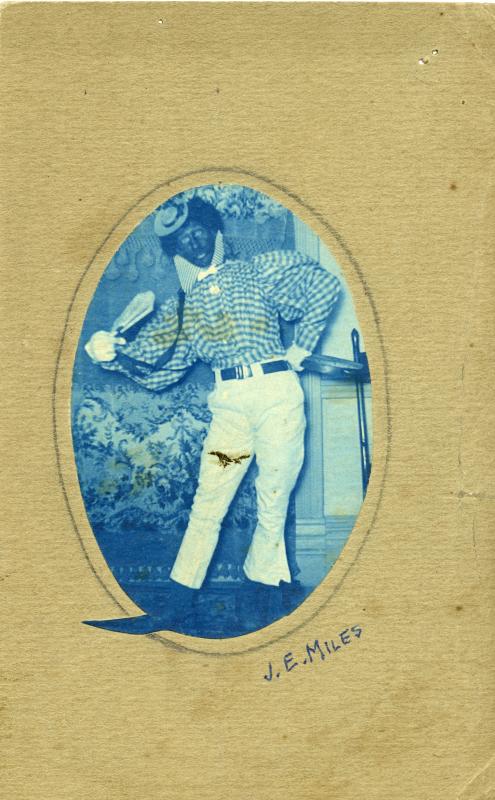 Although little is known about him, Miles cast a large shadow on the mountain through the 1890s and into the new century. As gymnastics director, he organized and staged annual exhibitions of tumbling, juggling, and human pyramid building. He managed the Glee Club and University Orchestra. He organized ever-popular minstrel shows, in which students blackened their faces and performed comic or sentimental “Negro” routines and songs. He refereed athletic contests and oversaw physical training of sports teams.

On Thursday night last, in Forensic [Hall], the minstrel show for the benefit of the Law Library took place, and was as great a success in every way ... A great deal of praise is due to every man who took part in the entertainment. They knew their parts thoroughly and joked, sang and danced in a way that would have brought the blush of pride to the sable cheeks of [the professional minstrels] Primrose and West themselves. While every one did most creditably, the end men were able to make the greatest hits. All of them were good, Mr. Smith from the sole of his feet to the crown of his imported wig.… Messrs. Miles and Jayne were perhaps the ‘stars of the show.’ They never acted or looked better in their lives. 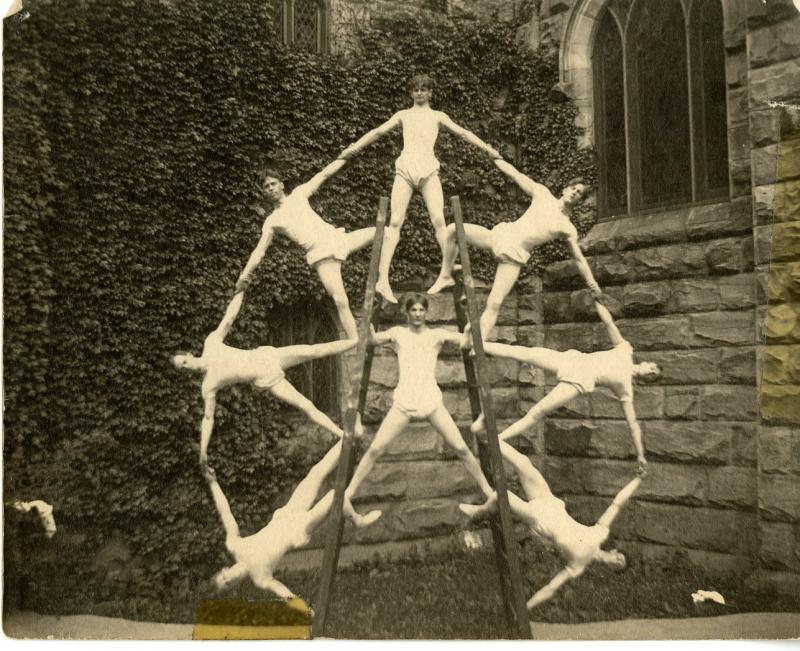 Europeans developed modern gymnastics to cultivate the beautiful body and the noble soul. The exercises grew in popularity in the U.S. after the Civil War. J. Edward Miles brought the sport to Sewanee and staged this demonstration in what today is Guerry Garth. The gymnast’s body – lean and tautly muscled, symmetrically arrayed – was believed to develop and reflect a similarly supple, powerful, and disciplined mind and spirit. 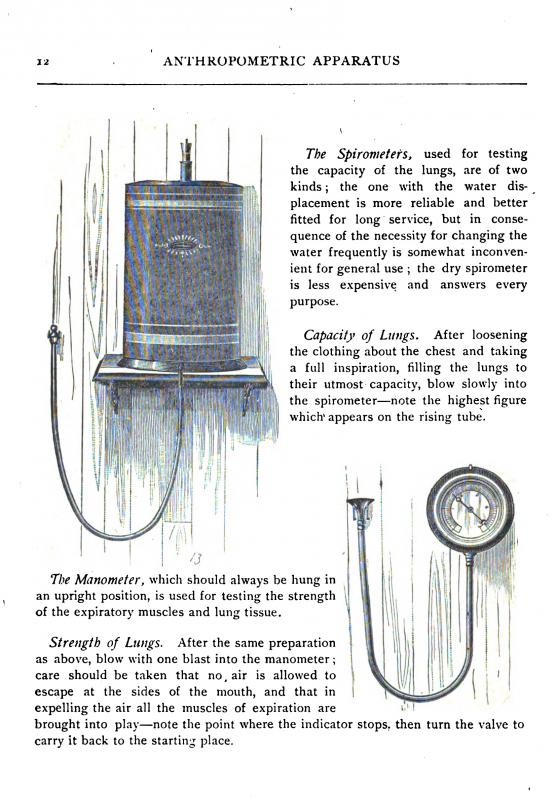 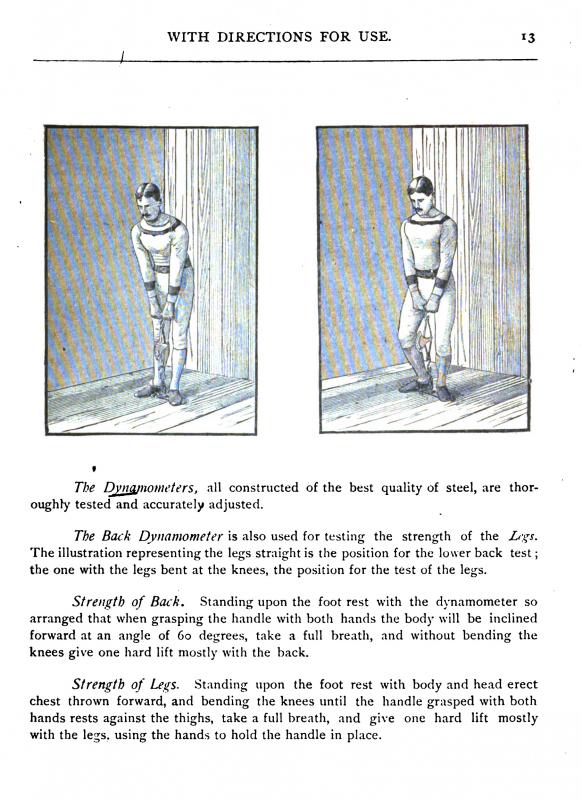 Miles also introduced scientific physical culture at Sewanee, placing the University in line with many other American colleges that followed the system devised by Dudley Allen Sargent of Harvard's Hemenway Gymnasium. Sargent revolutionized how upper- and middle-class Americans defined and imagined the “strong man.” For Sargent, a man who could lift heavy objects - like a dockworker - or fight his way out of a bare-knuckle boxing match was not strong in the approved scientific sense. In his estimation, the bodies of working-class tough men with brawny arms and scrawny legs were misshapen and asymmetrical. For the elite college men he instructed, Sargent sought instead to create physiques in which all muscles existed in harmonious balance. The perfectly conditioned collegiate body did not resemble the inferior working-class body.

He was innovative in developing an array of machines that measured and developed the entirety of the human body. To the standard gym equipment of the day – rings, Indian clubs, pommel horse, parallel bars – he added machines of his own invention, which targeted the constituent parts of the entire muscular system, from the neck to the toes and fingers.

Before training the body, the Sargent system subjected every entering student to an “anthropometric” evaluation – a comprehensive measurement of his body, using specialized metrical tools. Measurements entered and graphed on the Sargent record card were translated into a personalized program of physical culture to repair the imbalances in the physique.

Sargent’s system required training to administer. Each summer physical culture instructors at other American colleges traveled to Cambridge for instruction in the anthropometry system. Hundreds of schools adopted the system, including the
University of the South.

In 1897 Vice Chancellor Wiggins dispatched Miles to the Hemenway Gymnasium to bring Sargent’s system back to Sewanee. Miles later supplied a list of anthropometrical mechanisms for Sewanee to purchase, and, according to the Purple, the system was up and operating the following April of 1898, bringing a thoroughly modern method of evaluating masculinity to the mountain. The method also was national in scope. The desire of Sewanee Men to measure their physical manhood against that of other college men indicates the increasingly outward-looking perspective of the University’s students. “This,” the Purple observed, “should be of great interest to every student on the Mountain.” 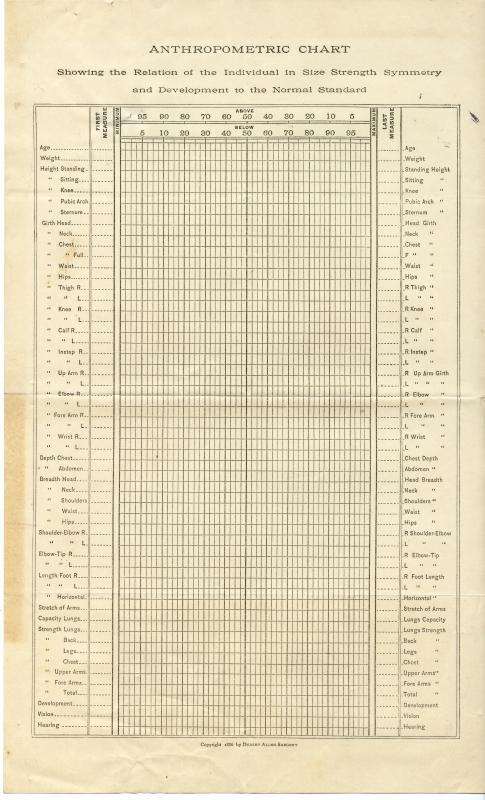 The latest acquisition to the ‘gym.’ is a complete set of anthropometric apparatus, and the well-known system of measuring and strength tests, as perfected by Dr. Sargent, of the Harvard gymnasium, and used by nearly all of the larger colleges throughout the country. This should be a great interest to each student on the Mountain, as it will enable him to compare his physique not only with that of his fellow-students, but of thousands of students from other institutions. And it is certainly gratifying to be able to note the gradual broadening of one’s shoulders, deepening of the chest, etc.…
Assisted by his special course at Boston last year and his new apparatus, Mr. Miles proposes to present an athletic exhibition this summer unequaled by any in the past, here or at any other university.… Mr. Miles will make special appointments for measuring those who are unable to attend at the regular hours.

← The Manly Gospel of Forestry
Greenwoods: William Alexander Percy and the Arcadia of Sewanee →
Measuring Up: Modernizing the Sewanee Man