Schoolboys, Firebrands, and Miss Clara: Integration at the Sewanee Inn

Racial segregation at Sewanee and across America after World War II revolved around the idea that whites controlled public space. As the “Willie Six” stories make clear, life in Sewanee and the South was anything but completely separate. State laws and informal practices officially segregated the races, but in actuality blacks and whites occupied the same domestic and public spaces. On the plateau, African Americans resided in a separate neighborhood, but during the long workday black men and women tended white students and local residents as their waiters, custodians, maids, nannies, butlers, and skilled and unskilled laborers. Segregation, then, was an attempt by whites not to retain absolute separation, but rather to control the rules and etiquette of social interaction. They enforced their race’s claim to superiority and domination by allowing African-Americans to move throughout Sewanee, but only in subservient roles and with a humble demeanor. 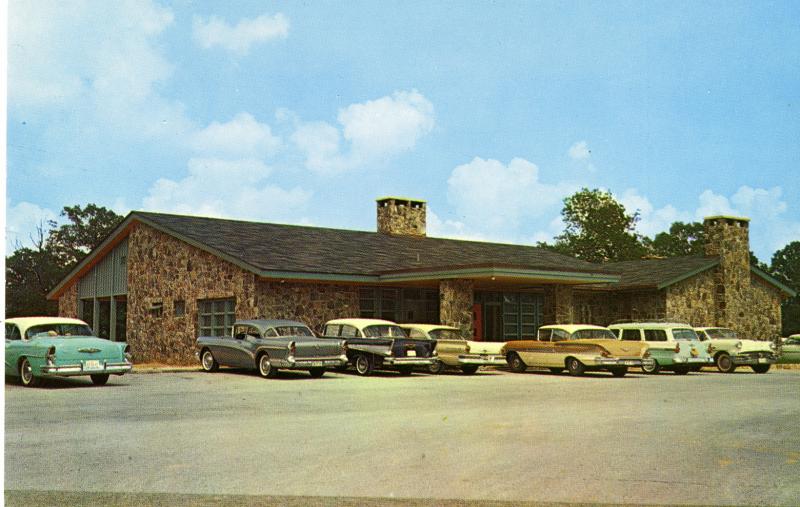 The most direct challenge to the dominant complacency regarding the justness of the campus’s paternalistic racial order occurred in 1961-1962. Although the University’s administration moved in 1961 to allow the admission of African American men, it was confident the College’s de facto segregation was secure because no candidates would meet the rigorous standards of the Sewanee man. That complacency was shaken in September 1961 at the one point where the University was most vulnerable to public pressure and exercised the least control: the Claramont Restaurant. The prim and proper, whites-only dining establishment at the Sewanee Inn was operated, not by the University, but under a private lease agreement with “Miss Clara” Shoemate. “Miss Clara,” a fixture in the lives Sewanee men for two generations, steadfastly refused to serve black patrons. Once admissions became “color blind,” the administration under Vice Chancellor Edward McCrady conceded the illegality of maintaining segregated University facilities. But the Claramont was not directly under its control, and its proprietor’s firm enforcement of the color line had the backing of powerful figures like the former chancellor, Frank Juhan, and Robert Lancaster, the dean of the college.    That September activists with the Episcopal Society for Cultural and Racial Unity (ESCRU) came to the Mountain to force the University to dismantle the color line immediately. McCrady and others assured the group that a protest would set back any improvement of racial relations at the University. This ESCRU group left campus, satisfied by the administrations explanation. A new ESCRU group, led by Rev. John Morris, returned the following April to stage a two-day sit-in at the restaurant. The April demonstration aroused gendered and racial anxieties and vows to protect. “Miss Clara,” a symbol of genteel Southern womanhood, from unruly and ungentlemanly outsiders. The only people for the job were Sewanee Men. Shoemate relented that summer and agreed to serve black patrons, and shortly afterward started her own segregated restaurant off the University’s property. 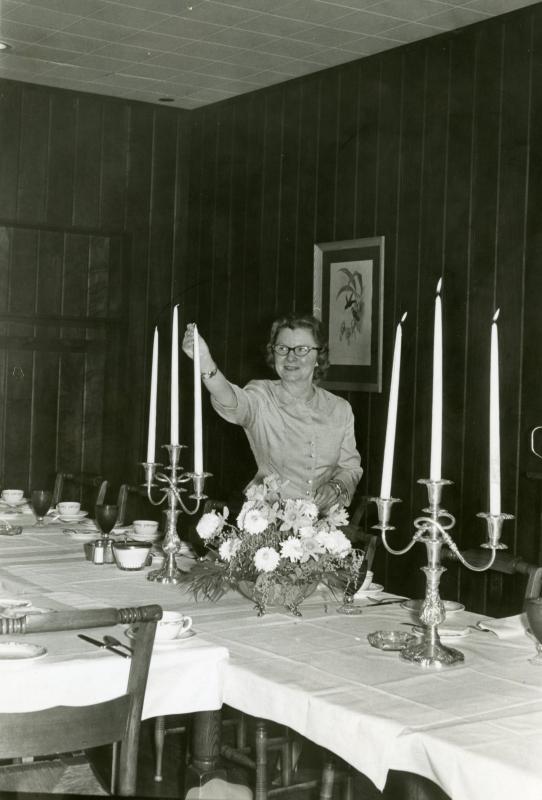 Before ESCRU occupied her restaurant, “Miss Clara” reigned as a symbol of the Mountain’s genteel white womanhood. The Claramont Restaurant hosted not only the University’s guests, but also visiting parents, debutante brunches, and other scenes of polite southern sociability. A profile in the Nashville Tennessean Magazine in 1961 described Shoemate as both mother and confidante of the students. Her class and social grace made “young men want to act like gentlemen,” according to Bishop Juhan, whom the article calls “perennially Sewanee’s big man on campus.” Shoemate and her restaurant together were an institution fixed in the imagination of the community as a secure setting for feminine domesticity and observance of uncontested racial boundaries and hierarchies. 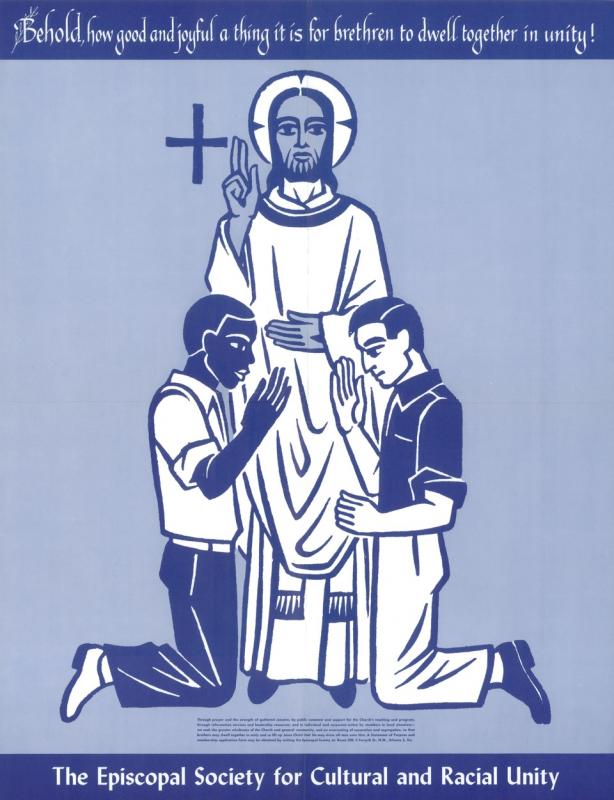 A promotional poster  for the ESCRU, an organization with the same motto as the University, but different interpretations.

In April 1962 the new group of ESCRU protestors sat in the emptied and darkened dining room of the Claramont Restaurant through the night. They were repeatedly asked to leave by the staff, “Miss Clara,” and Bishop Frank Juhan. The protestors did not abandon their seats, despite the racially charged heckling that came from the “somewhat beered-up” students. The Rev. Robert Chapman later recalled that the visiting priests sat quietly until “there was a sound something like ‘poof’ – the darkness was made light.” This light came from a “huge cross blazing on the lawn.” In response to these accusations, McCrady assured critics that “with one exception I neither saw nor heard of anything but the most courteous and peaceful reception during their whole visit.” Sewanee and “Miss Clara’s” hospitality were exemplary with one glaring exception: “the fiery cross incident,” which McCrady dismissed as “almost certainly a [student] prank.” A later article in the Sewanee Purple attributed the burning cross to “irate groups in neighboring mountain communities.”

In its initial responses to the ESCRU protests in 1961-1962, the University’s actions on its race policies took place within this context of maintaining white control of public space. For instance, the University’s initial compromise provided that no Sewanee student or person considered part of official University business, regardless of his race, could be denied service at the Claramont. In this way, inclusion in the imagined equality of community had only one prerequisite: being a Sewanee Man. It is important to know that in the fall of 1961 and spring of 1962, no African-American student had been admitted to the college. Vice Chancellor Edward McCrady in a letter of March 16 1962 stated that “as far as Sewanee is concerned, the whole problem is so highly imaginary as to be trivial.” On one hand, Sewanee was too exceptional to have a race issue. On the other, to McCrady and many others in the Sewanee administration, black students could not meet the standards for admission. In this statement, McCrady summarizes how the image of the Sewanee man could accommodate change while upholding conservative ends. African American men were not denied membership with those brethren who dwell in unity because of their race, but because members of their race were incapable of meeting the high standards of the Sewanee man. 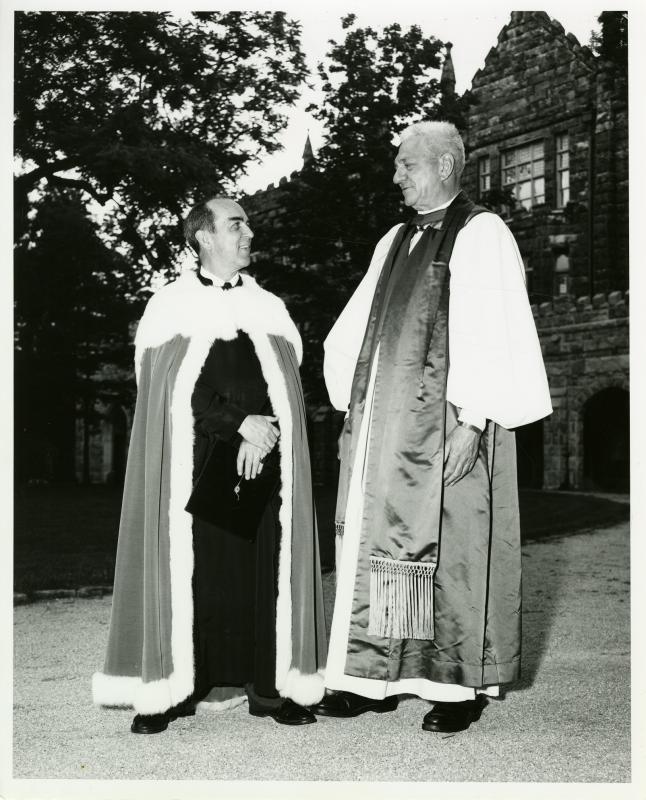 Alumni and administrators urged McCrady to stand firm and strong against the ESCRU protestors. In this crisis, opponents of ESCRU urged the Sewanee man to protect the honor of “Miss Clara,” the humble and genteel symbol of Southern hospitality, from radical and uncontrollable outsiders. Letters to McCrady described the sit-in priests as effeminate and prone to “hysteria.” Even Sewanee Men were unmasked as unmanly and immature. The Chancellor of the University and Bishop of Alabama Charles C.J. Carpenter took aim at Dr. William G. Pollard, a Regent who supported ESCRU’s actions in 1961. (Two years later Carpenter was one of eight Birmingham clergymen whom the Rev. Martin Luther King, Jr., in his “Letter from a Birmingham Jail,” indicted for choosing order over justice in their criticisms of the civil rights protests in that city.)  Carpenter used his office to attack Pollard’s immaturity: “I am appalled and distressed by a report of the crude, rude and undisciplined school-boy antics in which you indulged as the apparent ring-leader at the Claramont Restaurant at Sewanee recently.” The juvenile Pollard, according to Carpenter, had disgraced his manhood through his support of the ungentlemanly acts against a proper lady. Regardless of the politics of the demonstration, a true Sewanee Man moves within the proper channels, “instead of harassing the manager in the presence of her guests.”