An Institution of Our Southern Land: The University's Refounding Era, 1868-1890 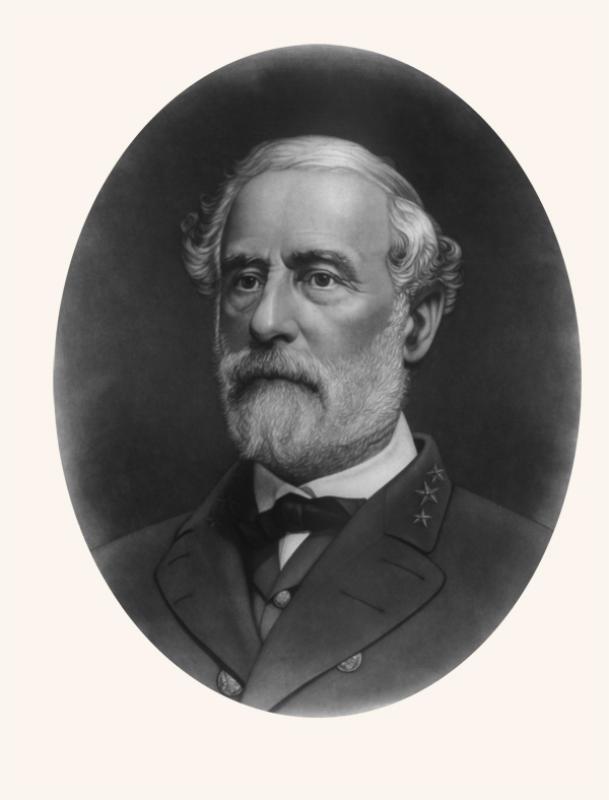 The Union’s conquest of the South was a triumph for enslaved Americans, but a catastrophe for most white southerners, especially those who had lent their money and prestige to the new University of the South. Before the University had even opened its doors, the Civil War’s destruction of slavery also had abolished the need for the antebellum man the founders designed the University to furnish: the benevolent master and manly Christian defender of the Slave South. The outcome of the war, then, forced a revision of the University’s ideal man to meet the demands and circumstances of the region. In the difficult struggles to reestablish the University, to raise money for its operations, and to commence instruction in 1868 can be seen the early and durable outlines of the distinctive identity of the Sewanee Man for the next century.
That Sewanee Man was a revision of the antebellum concern for personal honor and devotion to household and community to fit the radically new world in which white and black men ostensibly enjoyed equal legal rights and were equally capable of demanding respect for their manhood. The men who oversaw and attended Sewanee fused these expectations to two new models of manhood that gained authority throughout the postwar South and stood for the undiminished qualities of white southern civilization. One was the martial ideal of the southern white warrior whose courage, valor, and moral superiority were undiminished by military defeat. The other was the pious Christian gentleman whose graceful acceptance of defeat reflected his personal honor, loyalty to home and community, and devotion to his God. The supreme embodiment of both these ideals was the defeated Confederate commander, Robert E. Lee.
At Sewanee the signs and symbols of the martial and pious images of manliness appeared in concentrated form during the University’s “era of Confederate generals,” as historian Samuel Williamson has called the years 1861 to 1908. During this time the profile of its leaders and faculty repeated that of the cornerstone-layers. All either enslaved people or defended the slave order in Confederate offices or in its armies: the first three vice chancellors (Charles Todd Quintard, Josiah Gorgas, Telfair Hodgson), the first chaplain (William Porcher DuBose), the early faculty (Robert L. Dabney and Francis Shoup). Candidates who were courted but declined to lead the University included the Confederacy’s president Jefferson Davis, the general Joseph Johnston, and the nonpareil of southern manhood, Robert E. Lee.
Sewanee’s leaders pursued a subtle defense and preservation of their version of southern white civilization. They rebuilt the University on a foundation of aristocratic traditions and presumptions long associated with white upper-class domination of the South, the Anglo-Episcopal Church, and the academic model of Oxford and Cambridge. In doing so, they remodeled Sewanee Manhood for the post-emancipation South, combining aristocratic leadership, religious piety, masculine courage, and selfless devotion to community. 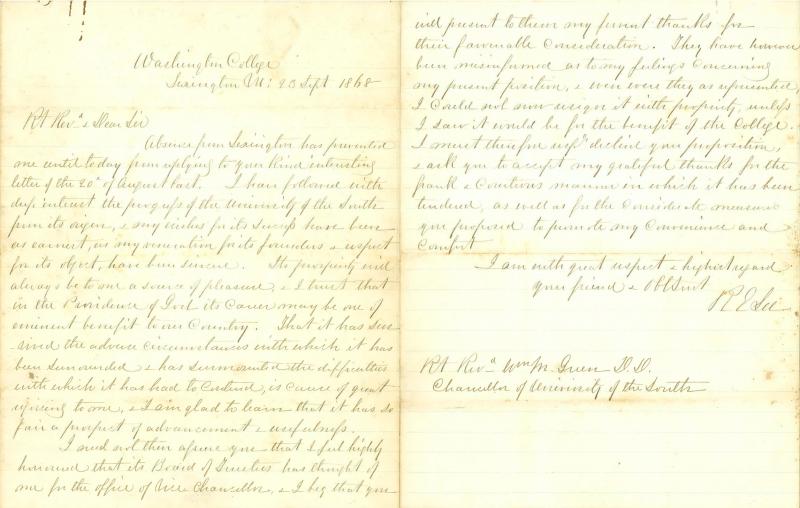 Very imperfect mention has been made of the religious character of General Lee. The lesson ought not to be lost upon a proud and gainsaying world, that its own chosen hero lived and died a Christian, in word and deed.…A great writer has asserted that every nation is to be judged by its heroes. His countrymen would all consent to stand before the tribunal of history, and to accept as their representative in war and in peace the chivalrous and sainted Lee, for ‘God has set him among princes, even the princes of his people.’

It remains for me to say, for the encouragement of the young men assembled before me, that the character which is here portrayed was not one of sudden growth. The church sheltered his early youth, as it shelters you. He was a good boy before he was a good man.… Others are tempted to think of religion as a great humiliation, and to affect indifference and unbelief as a token of independence. You mourn one to-day who was known as a devout Christian; and has the knowledge of this fact ever chilled the hearts of men towards him, or quenched one ray of his glory? Did the valiant men who followed him to the field ever have cause to blush for his lack of heroism, or to wish that he were less a Christian? True religion adds to every man’s power. It helps to make men heroes, scholars, gentlemen. The religion of Christ is stronger than thrones and empires. It invests a man with honor to be a Christian. It is the only true honor, and a perishing world will shortly find it to be so.… 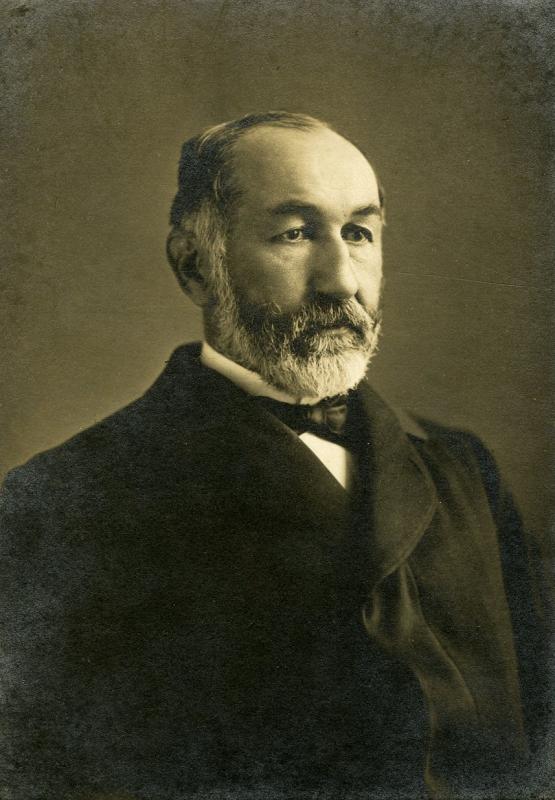 Josiah Gorgas (1818-1883), a general in the armies of the Confederacy and its chief of ordnance, became the University’s second vice-chancellor. A Pennsylvanian by birth who married an Alabama governor’s daughter and chose to fight for the Confederacy, he developed close friendships with the Southern elite, which benefited the University after the Civil War.

The University of the South, situated on this mountain, has become one of the institutions of our Southern land. Its history and associations are such as should endear it to every Churchman in the South ...

There are three particular excellencies at this University, which deserve especial notice.

First.–The students are provided with houses among the private families living on the domain. The families are licensed by the officers of the University to take a certain number of boys, and are required to provide them with suitable accommodations ... The Proctor is empowered to visit the boys’ rooms, and to exercise supervision over every thing connected with their welfare. This is greatly better than to have the boys associated together in messes, where they lose to a considerable extent the restraints and refining influences of society.
Second.–The regular attendance upon the services of the Church, the course of instruction in religious knowledge, and the association with the Bishops and Professors and their families – in short, the constant breathing of the blessed atmosphere of the Church of Christ, exercises a moral influence upon the students, which in the large majority of cases will accompany them through life, and by God’s grace be the means of restraining them from evil, and directing them to good.
Third.–And last, the long vacation occurs in the winter, beginning just before Christmas,... thus permitting the students to meet their parents at home when there is no danger to health. A vacation at this time of the year is possible only where the summer temperature is so pleasant as it is here.

← The Truest Men
Muscular and Moral: The Sewanee Man for the Twentieth Century, 1890-1920 →
An Institution of Our Southern Land: The University's Refounding Era, 1868-1890